It is with the work of many knowledgeable and enthusiastic volunteers that FAUSA is able to provide so much for our members. If you are interested in getting involved, please contact membership@fausa.org to explore available opportunities. 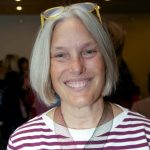 Liz Janson served on the FAUSA board as 1st VP Communications (2019-2021) and as FAWCO Club Liaison (2018-2019). She has been involved in various ways and to various degrees in the three FAWCO sister organizations for many years: as FAWCO rep for the Munich International Women’s Club, secretary for The FAWCO Foundation board (2015-2017), nominating committees for The FAWCO Foundation (2015) and FAWCO (2019), and current member The FAWCO Foundation’s Archives team. She moved back to the US (Boulder, CO) in 2017 having joined FAUSA a year before her move. Liz has lived abroad for a total of 15 years in the USSR, the UK, China and Germany. Email: President@fausa.org 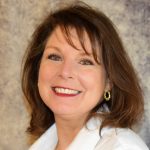 Brenda is a native Texan but has also lived in Phoenix and Northern Virginia (twice). She joined FAWCO in 2016 and quickly became active in the Bern, Switzerland, American Women’s Club. Starting off as the webmaster and then president, she quickly made many new friends and learned about the philanthropy and camaraderie of FAWCO. When she returned to Northern Virginia in 2018, she immediately joined FAUSA. When the opportunity to help the FAUSA board came available, she became the newsletter editor and has enjoyed it since November 2019. Brenda retired from her career (for the second time) of sales, and then executive administrator in July 2021, and considers the opportunity to serve as 1st Vice President a great honor. Brenda and her husband of 35 years live in the Houston area but also spend time at their retirement getaway in the Allegheny mountains of Virginia. Email: 1stvp@fausa.org 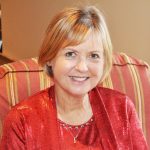 Yolanda has traveled extensively and lived abroad for many years as her husband Mike took on various international assignments. In the early nineties they had a three-year posting to Cheshire in the UK. In 1999, an aborted move to Japan turned out to be Singapore, with a final posting to London, England for over four years before retiring to Canada in late 2006.

After joining FAUSA in 2007, Yolanda served for two years as VP Membership (2009-11) and further years as VP Communications (2011-2013). More recently Yolanda was the newsletter editor (2017-2019) and is currently 2nd VP Membership. She and her husband Mike have attended many of the FAUSA Getaways since returning from abroad.

Yolanda and Mike live in Niagara-on-the-Lake, Ontario when the weather is nice, and migrate to Florida for the winter. They have three third culture kids, Kendryth, Arden and Christopher, and four grandchildren with another one on the way. Email: Membership@fausa.org

Leslie has worked for American Express Travel & Lifestyle Services for over 5 years. Her current role is Centurion Travel and Lifestyle Specialist.

Her time with FAUSA has been active, serving as secretary for 2 terms, then FAWCO Liaison for a term and now going back to secretary.  She is also involved with her sorority alumnae association and Rotary.

Of course, travel is her passion; her obsession really. She had her colors done this year. She is a winter. LOL. Email: secretary@fausa.org 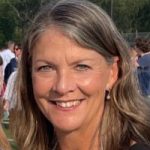 Born and raised outside the United States, Kathy is no stranger to moving, meeting new friends, and learning and integrating into new countries and cultures. Her professional life was spent helping large global Oil, Gas and Chemical corporations with their supply chains. Kathy was involved with FAWCO in Dublin, Ireland as their Treasurer, and an active member of their Professional Women's Network. Since that time, she has also lived in Shanghai, China and Basel, Switzerland before coming to the Philadelphia area three years ago. She sits on the Board of USA Girl Scouts Overseas as their Secretary and volunteers for a number of other global organizations and NGOs.  Email: Treasurer@fausa.org 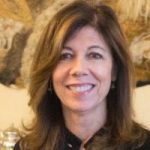 Suzanne and her husband Tim returned to the U.S. in December 2019, moving back to Nashville where they lived prior to their expat life in The Hague, Netherlands. They left the U.S. because Tim had accepted a position in 2013 with an American company that had developed a medical device for cardiac patients. Looking for her tribe, Suzanne found the AWC The Hague and enjoyed the social and philanthropic opportunities the club offered. During her time in the club Suzanne took on numerous leadership roles including the presidency, editing the monthly magazine, Going Dutch, editor of the weekly eNews, and serving on, and chairing, several committees. She looks forward to working with FAWCO clubs and their members returning to the U.S. and helping them with repatriation with the support of FAUSA whose members understand the challenges of leaving behind an expat life. Email: FAWCOliaison@fausa.org 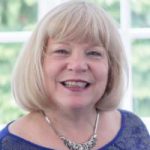 Susan was raised in the Chicago suburb of Glen Ellyn, IL. She graduated from Culver-Stockton College in Canton, MO with two bachelor’s degrees:  Music Education and Physical Education and earned her MME (Masters in Music Education with an emphasis in Vocal Music).  She and her husband, Murray, raised three talented daughters. She has taught music K-6, worked in Music Publishing and Distribution, gave piano and voice lessons and directed many church choirs and programs while following her husband's Ministry positions through Missouri, Iowa, Wyoming and upstate New York.  In 2006, they moved to Brussels, Belgium where she joined the AWC of Brussels where she served as President from 2016-2018 and remained on the Board until they re-patriated in June 2019. After catching FAWCO fever in Mumbai, Susan served as the FAWCO Region 4 Representative for a few years both in Brussels and in the US. She and Murray now live in central Missouri along the Lake of the Ozarks.

Philanthropy, or Mission as it is referred to in the church, has been an important part of her life.  She has served on Mission committees in many churches, attended Mission trips, and has supported and highlighted the FAWCO Target projects along with AWCB’s own HOPE projects. She feels that Philanthropy through our actions and monetary gifts are an important part for a healthy life. Susan is honored to be selected and looks forward to being a part of the FAUSA Board. 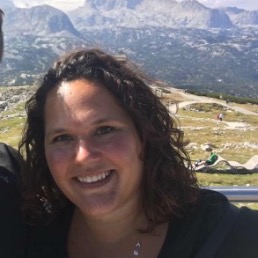 Jennifer has been a member of FAUSA since 2019 when she repatriated from Germany where she was a member of AWC Berlin. Jennifer was a member of AWC Berlin for four years and served on the Board as Treasurer from 2016-2017 as well as serving as the under-40 club coordinator for two years before moving back to the USA. Originally from New Jersey, she has also lived in Rhode Island, Virginia and now Florida. In addition to FAWCO She has done Volunteer/ Humanitarian work with the Make-A-Wish Foundation, Democrats Abroad, Malteser (German Red Cross) and has her MBA in Corporate Social Responsibility and Non-Profit Management. When she is not engaged with FAUSA she enjoys baking and exploring with her husband and golden retriever. She can't wait to get back to traveling (53 countries and counting!). Email: Parliamentarian@fausa.org 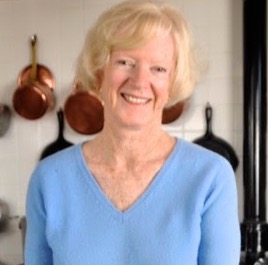 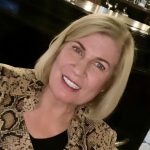 Nicole Grillo - Born in New Zealand, Nicole began her expat career at the age of seven moving to Singapore with her family. After three years she returned to New Zealand to attend high school and college and started her career in advertising and the automotive industry. In 1993 she moved to California and then Connecticut. She moved to Frankfurt, Germany in 2014 where she joined the AIWC Frankfurt and held the positions of treasurer for two years, advisor for two years and is their current newsletter editor. She now lives in Southern California with her two cats. Nicole has 4 children and twin two-year-old grandsons. Her passions are travel, cooking reading and volunteering.  Email: newsletter@fausa.org 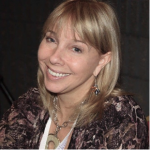 Nominating and Board Development

Jennifer Padfield - Jenn Padfield is currently living in Florida by way of Berlin, Germany and originally from New Jersey.  She was an active member of AWC Berlin, serving as Treasurer and Under 40 group coordinator.  Jennifer recently graduated from with her MBA in Non Profit Management and Corporate Social Responsibility from University Bonn-Rhein-Sieg in Bonn, Germany.   In her free time she enjoys baking and going on adventures with her husband and Golden Retriever Max.  She is looking forward to getting to know more of the women of FAUSA in her role of Social Media. Email: socialmedia@fausa.org 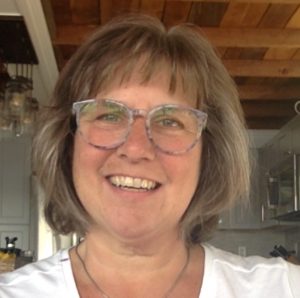 Debbie Hastings - Debbie has served as FAUSA's webmaster since 2008. She was an active member of the Chilterns AWC in Buckinghamshire, UK as the Membership Chairwoman, FAWCO Rep, and Webmaster. She also worked closely with FAWCO and the Foundation as Webhost Coordinator for many years. Debbie is originally from Maine and returned home (via Texas) after repatriation. She now splits her time between Maine and Arizona. Email: webmaster@fausa.org